Thanks to Melanie for hosting Learning Notes again.

A week or two ago, I bought a pomegranate at the grocery store, but had not processed it. After church, I decided to break it open and have it with breakfast. I don't buy pomegranates very often because they are such a pain to eat so it may have been a couple of years since I last had one, but I do like them. No one could remember if any of the children had eaten pomegranate before and they were very interested. My preferred technique is to get a big bowl filled with water, score the ribs with a sharp knife, pull it apart underwater to keep from making a mess, and then pour the whole thing through a strainer which leaves the arils to eat. They were interested in what I was doing until they figured out it would take awhile and then they just wanted to eat. After I finished, I passed out samples and all approved. As we ate the fruit, we speculated that pomegranates may be been *the* fruit in the Garden of Eden. Then I told them the Greek myth of Hades, Persephone, Demeter, the pomegranate seeds, and the reason we have seasons. Greek mythology with Sunday brunch.

At supper Grace said they were studying erosion and weathering in science class. We asked her if she knew of a famous landmark in the US that was created entirely by erosion. After a bit of prompting (and outright loud hints), she came up with the Grand Canyon. I asked her which mountain range was older, the Rockies or the Smokies, and how do we know. She explained that the Smokies were part of the Appalachian chain and that the Appalachians were older than the Rockies. How do we know?  She doesn't know. Because her teacher said so. So we explaineds the reason we know the Smokies are older is because they are much smoother and greener than the Rockies. The weather and water have had more time to work on them. She was satisfied with this answer.

Out of the blue she asks what the phrase a month of Sundays means. We had some discussion about whether it means about a month, about 30 weeks which would have a quantity of Sundays equal to a month, or a long time to relax because Sunday is a day of rest. Grace asked if Sunday was the Sabbath. I told her that Saturday was the Sabbath and Sunday was the Lord's Day and did she know why we rested on the Lord's Day instead of the Sabbath. She said it was to celebrate Jesus' resurrection. So then I launched into an explanation that Sunday is the first day and the eighth day of the week at the same time and why that is important and I promptly lost all the children.

After school, Grandma picked up the girls to make some cornbread for a 4-H competition in Grace's class. It was good, but too sweet I thought. It is definitely Yankee cornbread, but Grace is convinced she is going to win. I am less convinced. We are in Tennessee after all. She is always convinced she is going to win, no matter what she is doing. A line we are always going to have to walk with her is to make sure her motivation is not purely winning. There is a book that she bought in Kindergarten at the school book fair. I knew it was junk as soon as I saw it, but I let her keep it. If I could go back in time, I would chuck that book the same day it came home. What is this notorious book? "Purple Princess Wins the Prize." The entire book is about winning and getting prizes and how you should try to beat everybody and having a trophy is the most important thing in life. This stupid little book imprinted in Grace's little mind more than I could have ever thought possible. She is competitive by nature and this book reinforced everything negative about that particular trait. So anyway, she wants to win the cornbread competition.

Oh the travails of having kids in public school! Grace announced at supper that someone had written on the wall in the boys' bathroom, "Mrs. Parks is HOT!" To avoid scandalizing the other children, she spelled out hot, H-O-T. Olivia, having the ability to spell immediately exclaimed, "Mrs. Parks is hot?" She was confused because how did they know if the teacher was cold or hot. Grace told her that 'hot' has two meanings, temperature and a bad meaning and they meant it in the bad way. Olivia was not convinced. Grace said that the boys would not be allowed to go to the bathroom again until the culprit confessed. I am doubtful.

Since Grace was telling tales, Olivia decided to add her own. Apparently there is a little girl in the class who has trouble behaving. One day she got mad and ran out of the classroom, down the hallway, out of the building, and onto the playground. The principal had to come and coax her back into the building. I wonder what the other children were learning during this little escapade.

Not much happened on Wednesday except that Grace did win first place in the cornbread competition. I was genuinely surprised because, while it was good, it was sweet. She was pleased as punch. She also wanted to know the origins of the word 'pumpkin.' I discovered that it was from a Greek word meaning "large melon." She wanted to know more, but I couldn't remember anything else and didn't have time to go back and look. The rest of supper was spent excitedly discussing other topics.

At supper, Grace very nonchalantly announced that someone had written the word sex on the gym floor. SEX in capital letters. This caused much consternation among the fourth grade. She was desperate to convince her classmates that it only meant male or female and it wasn't "the bad word." I told her that sex wasn't a bad word, but it wasn't an appropriate word for children to be using and we changed the subject. After supper, I went almost directly into the shower because I wasn't feeling well. I called Grace into the bathroom with me for some girl talk. Yay! I asked her if she knew what the word sex meant. She said she did, but when I asked her what she thought it meant she wouldn't answer. I asked her if she wanted to know what it meant. She said she did. I told her that it was what married people did that made babies. She laughed and said she thought it meant "naked people." I told her it kind of involved naked people and she laughed again. I asked her if she wanted to know more and she said no. Again I reinforced that sex isn't a bad word, but it isn't appropriate for children to discuss. I then told her that if she ever had any questions, she could ask me and I definitely would tell her what she needed to know. I know that we have to be proactive about this topic, but ugh! already? I remember when I was in fourth grade and sex was Topic A. I was hoping things had changed, but alas.

Right after this little discussion, she started telling about this silly little rhyme that is going around the school that uses some Clueless valley girl accent. I immediately launched into a valley girl recital and Grace was super impressed with her cool mother. I hope that my credibility with the second topic encourages her to trust me with the first.

The girls both had library on Friday. Olivia got a penguin book and Grace picked out a historical fiction novel on Cleopatra. Our supper conversation was almost nonexistent since our excitement from Wednesday had come crashing around our feet and we spent most of our time staring into the middle distance. Grace persisted, however, in asking a million and one questions about Cleopatra, most of which I did not know the answers to. She seemed to think that if I didn't know the answer before I started eating, I would definitely know in the middle of supper. How is it that kids can ask the same questions over and over and over? I supposed we should go back and research, but Friday wasn't the night. We did have a little discussion about the concept of B.C and how time is counted backwards, but the people who actually lived during the time of B.C. did not call it that. They had a completely different way of accounting for years. She also wanted to know more about that, but again Friday wasn't the night.

At bedtime, it was a Grace night where she gets to spend some one-on-one time with me. Reading back over the week, it seems like Grace gets a lot my attention. That's probably true but she is the oldest and she talks a lot and the others are not quite old enough to hold extended coherent conversations. Anyway, somehow or another we started talking about our form of government and how power is distributed through checks and balances. No one part of the government holds all the power and that's good. We had discussed how other countries had dictatorships where one person holds all the power and how that is not so good. And now I remember why we were talking about it. She was back on the topic of Cleopatra (I still didn't know the answers) and she wanted to know if Egypt still had a pharaoh. No, they pretty much have a dictatorship, but that's not how the US works. And we were off.

At breakfast, before an action packed day of shopping doom, we talked about the plot of Frozen. I wanted to know why everyone likes Elsa when Ana is so much nicer. They were adamant that Elsa was not mean and everyone liked her because she had ice powers. I said that maybe it wasn't Elsa's fault, but she was definitely messed up and she had bad parents. They were aghast that the honor of her parents had been called into question. They said they were just listening to the trolls. I said maybe listening to trolls was evidence of bad judgement. They would not be swayed. After much back and forth, Grace declared that the point of the movie was two sisters who learned that even though their relationship could be dangerous, they could still be together. Now isn't that just the idea we want imprinted into a child's mind, "Just because this relationship is dangerous doesn't mean we can't stay together" Thanks, Disney!

And as I have typed all this up, everyone else in the house has been playing paper airplanes behind me. Very educational: aerodynamics! 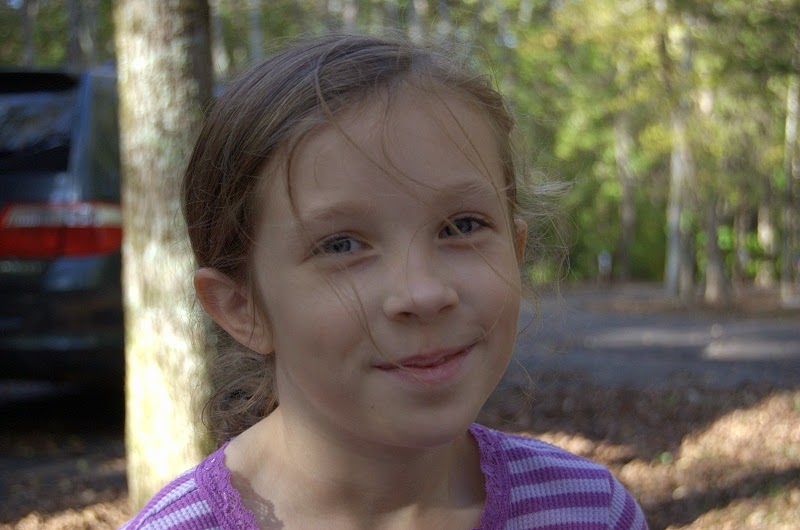